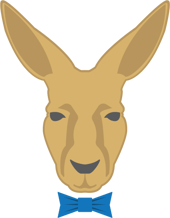 This dude is not only a marketing guru – he'll also get you inspired to the best entrepreneur you can be. I've been following Gary since 2013 and he's been correct on just about every prediction that he makes. In fact, he's actually starting to flaunt it on Instagram, pulling old video clips from 5+ years ago of him talking about strategies that are now leading the way.

Gary Vaynerchuk is the chairman of VaynerX, a modern-day media and communications holding company, and the active CEO of VaynerMedia, a full-service advertising agency servicing Fortune 100 clients across the company’s 4 locations.

In the late 90s, after identifying “the internet” as a land-grab opportunity, Gary transitioned his father’s local liquor store into one of the first wine e-commerce platforms resulting in growing the family business from $3-60MM in sales during a 5-year period.

I found Seth through his blog articles that are not marketing related – he was presenting some highly intellectual points of view that caused my mind to stretch. From there I dove deeper into his content and realized that he was more than just a marketer, he was thinker – someone that any businessman can get behind.

Seth Godin is an Author, Entrepreneur and Most of All, A teacher

Seth is an entrepreneur, best-selling author, and speaker. In addition to launching one of the most popular blogs in the world, he has written 19 best-selling books, including The Dip, Linchpin, Purple Cow, Tribes, and What To Do When It's Your Turn (And It's Always Your Turn). His most recent book, This is Marketing, was an instant bestseller in countries around the world.

Though renowned for his writing and speaking, Seth also founded two companies, Squidoo and Yoyodyne (acquired by Yahoo!).

By focusing on everything from effective marketing and leadership, to the spread of ideas and changing everything, Seth has been able to motivate and inspire countless people around the world.

Larry is one of those guys who doesn't come out throwing haymakers, rather he lets his track record speak for itself. I first saw Larry speak at HubSpot's Inbound conference and knew this guy was on top of his game. Ever since then I've been following his journey and even use a few of his software platforms - shout out to WordStream.

In 2008, Larry Kim founded WordStream, the World’s best search marketing platform that enables even novice marketers to be successful at paid search. Today, WordStream is a multi-million-dollar company with thousands of customers worldwide and has earned industry accolades for both innovation and growth.

Larry founded MobileMonkey in June 2017 along with a team of former WordStream executives. He still serves on WordStream’s board of directors.

Larry is widely considered one of the most influential experts and thought leaders in Digital Marketing today and was voted the most influential PPC expert in 2017, 2015, 2014 and 2013 according to the PPC Hero Blog. He has earned multiple industry awards and is frequently a featured speaker at industry events. He is a active on social media, a popular blogger, and speaker.

Larry’s blogs on marketing and entrepreneurship are read by millions of people every month. In 2015, he won Search Marketer of the Year from PPC Hero, Search Engine Land, and the US Search Awards.

How to Set Up Your Facebook Pixel For Lead Conversions

This information was sourced from @Shopify | Jump Suit Group is proud to be..

This was pulled directly from our friends over @Shopify | Jump Suit Group..